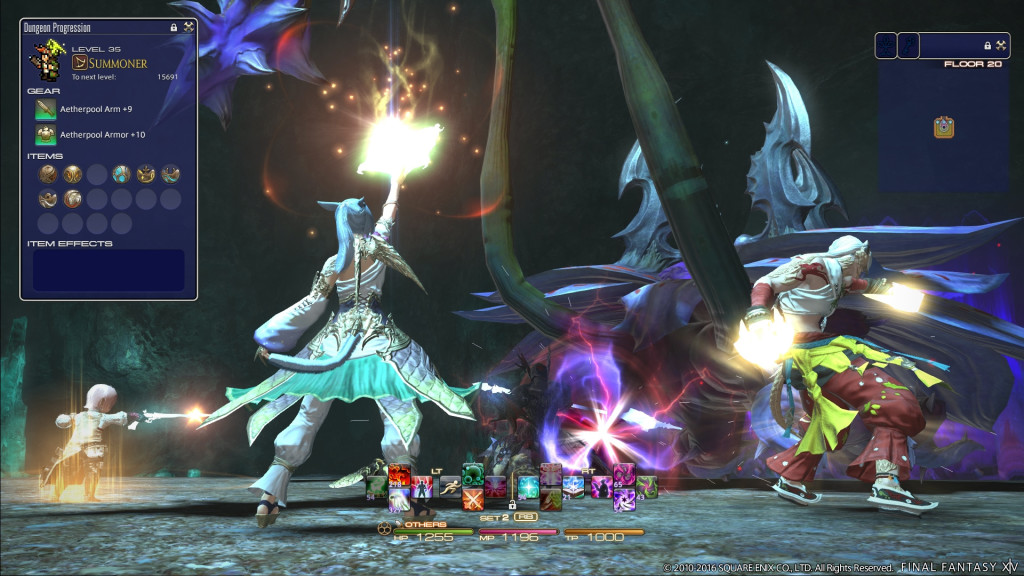 Square Enix has announced that their MMORPG, Final Fantasy XIV has passed over six million players worldwide. To celebrate the milestone a free login campaign starting July 25th has being announced.

Patch 3.35 introduced the Deep Dungeon: The Palace of the Dead, a rogue-like dungeon where up to four players can battle through an array of enemies, avoid traps and tackle bosses to gain valuable experience. The dungeon features randomly generated maps, several dozen floors, and starts every participant at Level 1 with a unique new progression system. Diving deep into the dungeon will see players focusing on strengthening their gear throughout their journey, as they work to unravel the mystery of the Palace of the Dead.

If you play Final Fantasy XIV and have yet to enter the Deep Dungeon, I highly recommend it as it the toughest non-Raid or expert trial released in the game to date. I tried the dungeon out as a Summoner (solo run) and I may have wiped three times on only the first floor.

If you are interested in learning more about Final Fantasy XIV, visit http://www.finalfantasyxiv.com/.