On June 8, 2016 by Aaron Meehan
MCM London Comic Con was the biggest convention I had visited outside of Ireland since E3 back in 2011, so for me it was a chance to see how big Comic conventions are outside of Ireland, and wow, MCM London Comic Con definitely surprised me both in terms of size and the number of attendees. MCM London is held twice a year at ExCeL London, and large international convention centre in the London Docklands. MCM London takes up a large part of the building with about 10-12 halls (morphed into two large halls) dedicated to video games, anime, manga, comics, TV-shows, movies and more. Even though MCM London occupies a large number of halls, space is pretty much non-existent as each hall plus the eating area that bisects the north and south halls are crammed with people. If you are wondering how many people with at MCM London, the official number released was 133,156 people, and honestly, I don’t doubt it because the Saturday was so tightly packed that you could barely move, although, I feel one contributing factor could have been the narrow walking space around the booths.

What I liked about MCM London was the large number and variety of booths, which included booths selling Japanese food and sweets like takoyaki (surprisingly nice), anime merchandise (DVDs, Blu-Rays, figures, posters), comic books, and of course video games, which if you have visited the site over the last few days you may have noticed I played a lot of. If you are a fan of anime, manga, video games, cosplay etc. I recommend going to MCM London at least once.

As I just stated the convention does feature a lot of cosplay. The amount of cosplayers at the convention was rather high with people dressed as Digimon, characters from RWBY, stormtroopers (501st Legion), various video game characters, and a whole lot more. If you are ever planning to go to MCM London as a cosplayer I would like to point out that May is a rather warm time of the year in London because during all three days of the convention the temperature passed 20+C with very little wind. Also, if you aren’t going as a cosplayer, but want to take photos with some, don’t be afraid to ask as all cosplayers I talked too had no issue with their photo been taken, just remember to thank them afterwards. 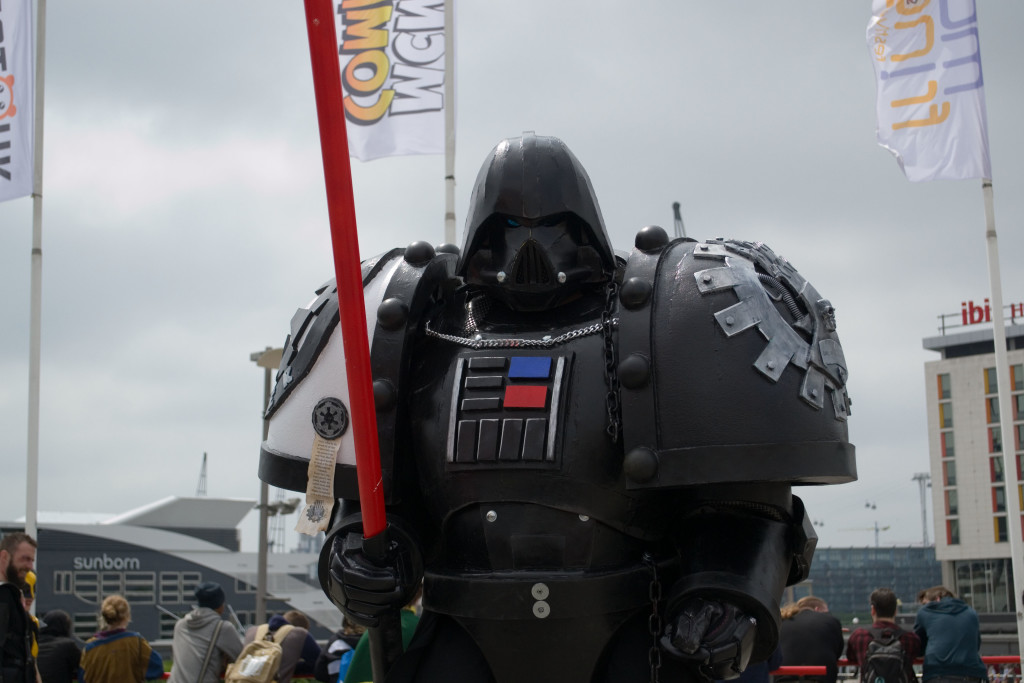 If you get tired of running around booths and taking photos of cosplayers, there are always the panels and autograph signings. yes, just like any comic convention there are panels featuring various stars talking about their movie or TV show, discussions, and of course announcements. Personally, I didn’t attend any panels as none of them caught my eye. Regarding autographs, at this year’s MCM London there were stars such as Peter Davison (the 5th Doctor, Doctor Who), Roger Ashton-Griffiths (Mace Tyrell, Game of Thrones), Jesse Eisenberg (Lex Luthor, Batman V Superman) and much more.

MCM London Comic Con is a truly memorable convention. There is so much to see and do as the halls are packed with interesting booths, cosplayers, and well-known TV and movie stars. I also recommend making sure you bring some money with you because the ATMs inside and around the convention centre all develop very long queues and as such run out of money quickly.