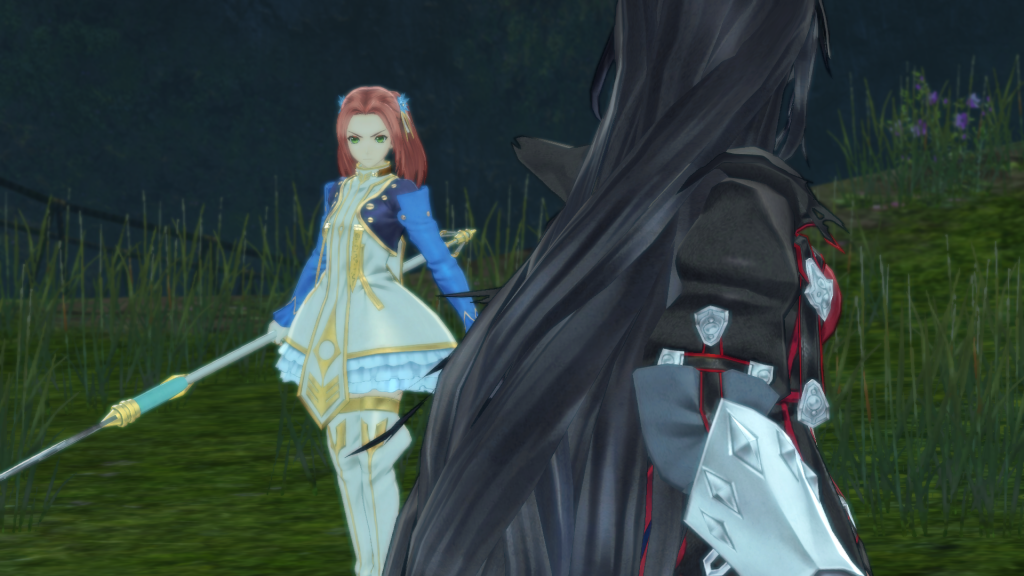 In terms of world setting, we are given new details on the game’s backstory and information on exorcists, holy warriors who can fight against daemons, and the abbey, an organization that aims to maintain the world’s order. The new world setting information according to the blog post that provided the above details is to, “Berseria’s world is full of conflict and tensions! Nothing is ever just black and white, as is common with Tales games.”

In terms of new characters, we are introduced to Rokurou, a 22-year-old dual blade wielder. While Rokurou supports Velvet, the main character, he does adopt a natural attitude towards her. While he accompanies Velvet, Rokurou cares for Laphicet and wishes that Velvet would improve her attitude to the child. The second new character we are introduced to is Eleanor, an 18-year-old spear user, Eleanor is an exorcist from the abbey, and she is in constant conflict with Velvet.

Finally, in terms of the game’s battle system, Bandai Namco Entertainment has stated that it “has undergone significant new changes to give players the best of the famous ‘Tales Of’ gameplay mechanics.” To that end, the Liberation-LMBS (Linear Motion Battle System) has evolved in pursuit of greater flexibility of control and greater freedom of Artes Combos. Finally, a new system for SG (Soul Gauge) comes in and implements the concept of “stealing” souls from enemies.

Currently, Tales of Berseria has no release date, but the game will be available on PlayStation 4 and PC. For more information on Tales of Berseria, visit https://www.bandainamcoent.eu/product/tales-of-berseria/playstation-4.