Square Enix has today announced Deus Ex: Mankind Divided will be released globally on February 23, 2016. To celebrate this news, Square Enix has launched a pre-order campaign entitled “Augment your pre-order”.

“Augment your pre-order” is a multi-tiered pre-order bonus campaign for Deus Ex: Mankind Divided. The campaign consists of five tiers with new tiers being unlocked as more people pre-order the game. However, Square Enix has not revealed what numbers need to be reached to unlock each tier. The tiered rewards appear to be built around choice with the tier 1 reward allowing you to pick one of three starter packs – intruder pack, enforcer pack, and classic pack, these packs cater to stealth, aggressive, and nostalgic players. 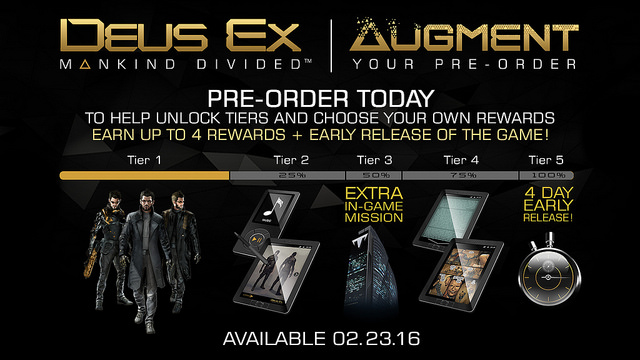 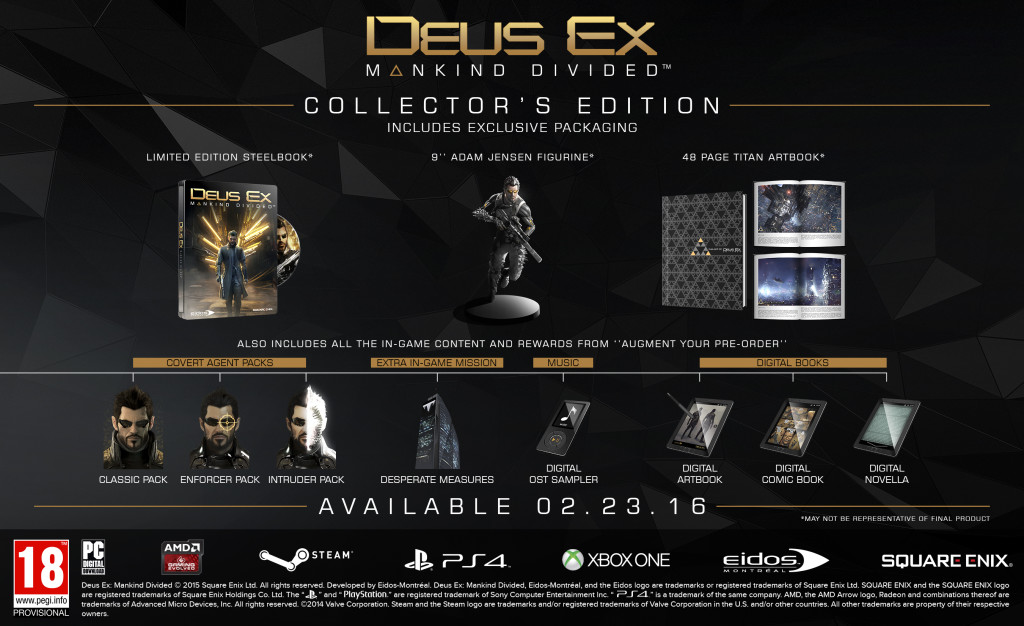