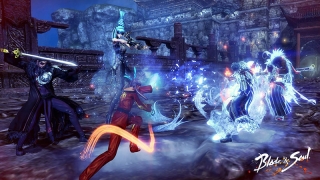 NCsoft has announced that Blade & Soul, the successful Asian martial arts fantasy mmo developed by Team Bloodlust will be brought to the western market.

For the past eleven weeks since launch Blade & Soul has being constantly ranked as one of the top games in PC cafés across South Korea.

Even though it has being announced, NCsoft has not revealed any time from for the western release of Blade & Soul. If you wish to learn more about the mmo, visit http://us.bladeandsoul.com/en/.