new map to be delayed

The anticipated new SGR map known only as “Arena”  which was due for March has unfortunatly being delayed. It is being delayed due to the fact that the staff are changing to new offices and this has messed up the schedule a bit.

So, our testers will be hammering away at the new map all week, and we’ll get it out ASAP. The goal was before the end of March, but given our move, I think it will more likely be early April.

It is good to know that “Arena” has started to receive limited player tests and hopefully without any trouble we may see it at the very least the 2nd week of April.

To keep you interested here are the available screenshots of “Arena”. 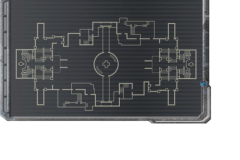