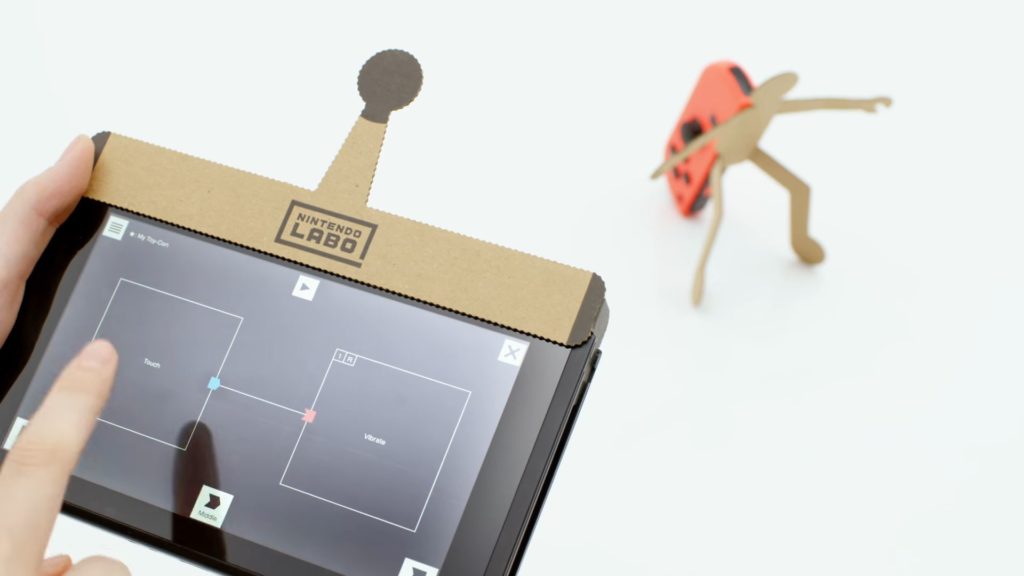 With the success of the Switch, Nintendo has announced Nintendo Labo, an augmented reality game that turns cardboard into fully functional games.

Nintendo Labo was announced yesterday, and it is safe to say it took many people by surprise as Nintendo revealed cardboard DIY kits that make use of the Joy-cons accelerometer, gyroscope, motion IR camera and HD Rumble features to allows players to create their own fully functional game peripherals. For example, one kit shown off was a piano, which while made of cardboard becomes a fully functional piano after you attached the Switch and Joy-Cons. The announcement trailer showed off various kits for people to build and play with it, these included a fishing rod, a house, motorbike and a robot kit. Yes, you didn’t read that wrong, with Nintendo Labo you can make a fully functional robot kit that reads your arm and leg movements for a robot-themed game. Of course, if you think the cardboard looks too bland you can bring out even more of your creative side by painting them different colours and adding stickers.

If using the Labo DIY kits as peripherals for games wasn’t enough, Nintendo has shown that you can turn your Joy-Cons into RC cars along with programming your Joy-Cons to perform tasks such as trying to make a stick figure move/jump with a Joy-Con on its back.

Nintendo’s Labo is primarily aimed at children, but I can see adults also enjoying the experience of building their own toys and using them with the Nintendo Switch. It is also interesting to see if the Nintendo Labo could be used in other applications, for example, teaching children how to code.

For those curious about the Nintendo Labo, the variety kit and robot kit will be released on April 20, 2018. For more information on Nintendo Labo, visit https://labo.nintendo.com/.