On November 9, 2015 by Aaron Meehan
Ubisoft Blue Byte’s Anno 2205 is the sixth game in the Anno city building series, and it is the first Anno game I’ve played. The main crux of Anno 2205 is you are a brand new corporation attempting to make a name for themselves by expanding your corporation to three separate regions: Earth’s temperate and Arctic regions, and for the first time in the Anno series the moon.

Anno 2205 is one of the most enjoyable games I have played all year. I found myself sitting down for hours building up my corporate empire by expanding into new regions, building up resources, hiring employees, and of course like any good corporation making money. Anno 2205’s approach to city building is incredibly well designed with the game deciding not to bog you down with too many useless buildings or tasks, it makes its objectives clear and allows you to complete these objectives with an easy to use and understand interface. 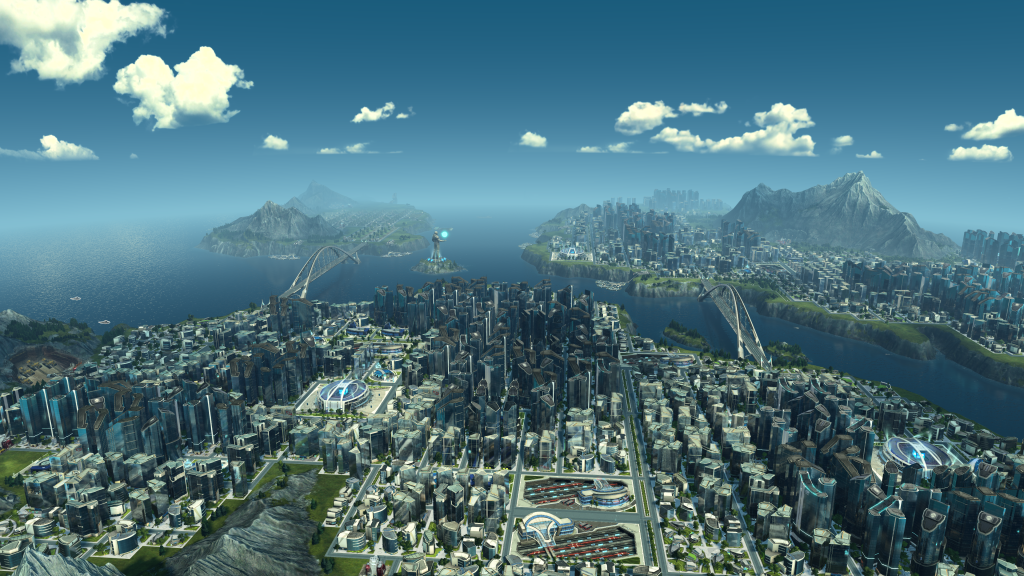 While the game is easy to understand it has a good degree of complication to it, especially when you begin to expand as trying to keep your corporation in the green while also expanding to a new region is quite difficult. I also noticed that when I stated expanding I would always struggle as I always found the need to rush to the best resources to keep my employees happy and as such maximise input, but the game does seem to punish rapid expansionism, and as such going slow and steady seems to be the way to go. This slow and steady approach idea is probably the best approach because when you expand from the game’s first region, Earth’s temperate zone, to the Arctic. In the Arctic, you have to completely change your approach because rapid expansion or building large amount of employee housing is impossible because since the Arctic is a harsh cold environment you cannot place housing units at whim, and so to manage the harsh conditions you have to place resource buildings to generate heat for housing units. This means you have to balance resource buildings that lose you money with houses that gain you money. This issue also exists on the moon as you have to use shields to protect your land from meteorite strikes.

Another area where the game likes to excel in is trading, since you can control various regions, which all continue to run no matter which region you are in, you will be forced to trade with the world market and ship goods from one region you control to another, for example, rejuvenators made in the temperate region are important for the lunar employees satisfaction level. 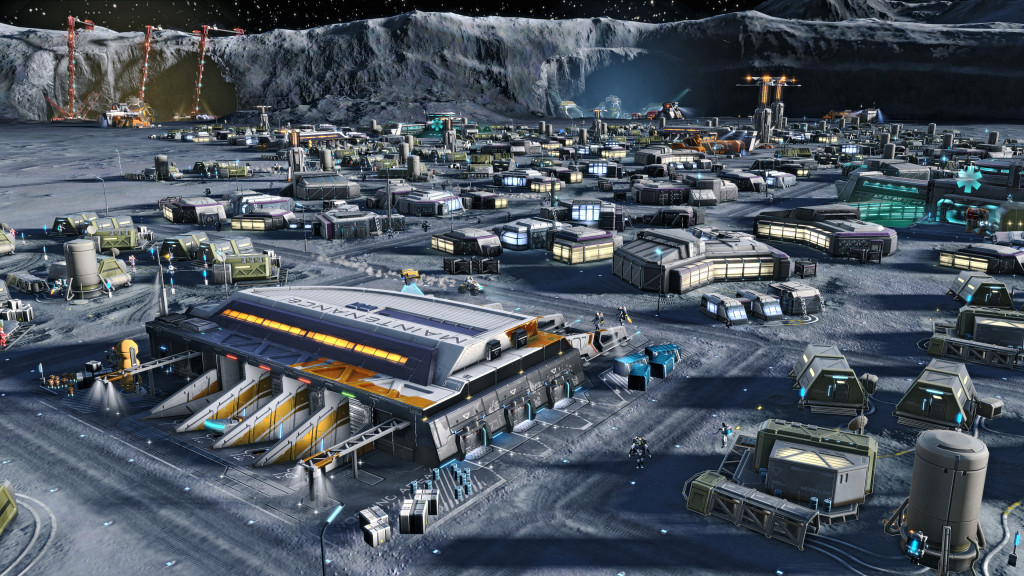 Outside of the city building and trading you also have various objectives and real-time strategy naval missions. Objectives are pretty straight forward; there are the game’s main objectives, which are tasks you need to complete to further expand your corporation. sector projects, which are projects unique to each area in the game, for example in one temperate region you have a project that upon completion generates graphene, which is required to upgrade certain buildings. Client missions, which are optional objectives that require you to perform a simple task for materials or credits.

The Naval RTS missions are incredibly straight forward. The missions are based around stopping a group known as “the orbital watch” from committing acts of terrorism by sending your own ships to stop them. The gameplay for the missions is simplistic with very little work required, although this could be down to the fact I got sick of been told about the missions by an in-game NPC and decided to complete them on the lowest difficulty setting.

To go more in-depth into the naval missions, you have to go around the map collecting resources and special weapons that include missile barrage, EMP and summoning support fleets, and as I said above it is simplistic because if you max out on all three of these you can just spam them on the target. In the end, the naval missions are the least rewarding aspect of an otherwise fun game. 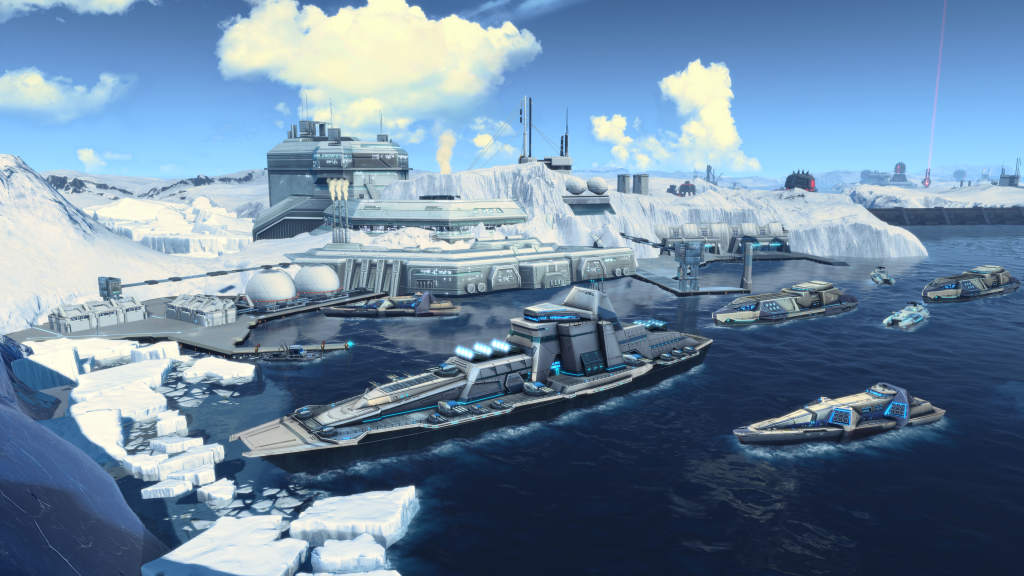 Speaking of NPCs, they are rather annoying, as I found myself constantly being badgered to do favours that included destroying the orbital watch. The majority of the NPC annoyance stems from the game’s tutorial, and I use the term tutorial loosely. The game’s tutorial consists of few lines of text regarding how to build something and letting you get on with it. The text does get the message across, but I would have loved a visual component that for example would explain the housing situation in the Arctic region rather than stumbling across it myself.

Before I offer my conclusion, I also want to point out that I encountered numerous bugs and issues. These ranged from the mini-map not displaying correctly to the lunar rover getting stuck on objects. Thankfully all the issues I encountered could be fixed by simply going to the strategic map and then back to the region.

Anno 2205 is an incredibly fun and compelling city building and trading game. While its naval missions are lacking, the game offers hours of fun as you attempt to create your perfect world and lunar spanning empire.

For more information on Anno 2205 or to find out where to purchase the game, visit anno-game.ubi.com.